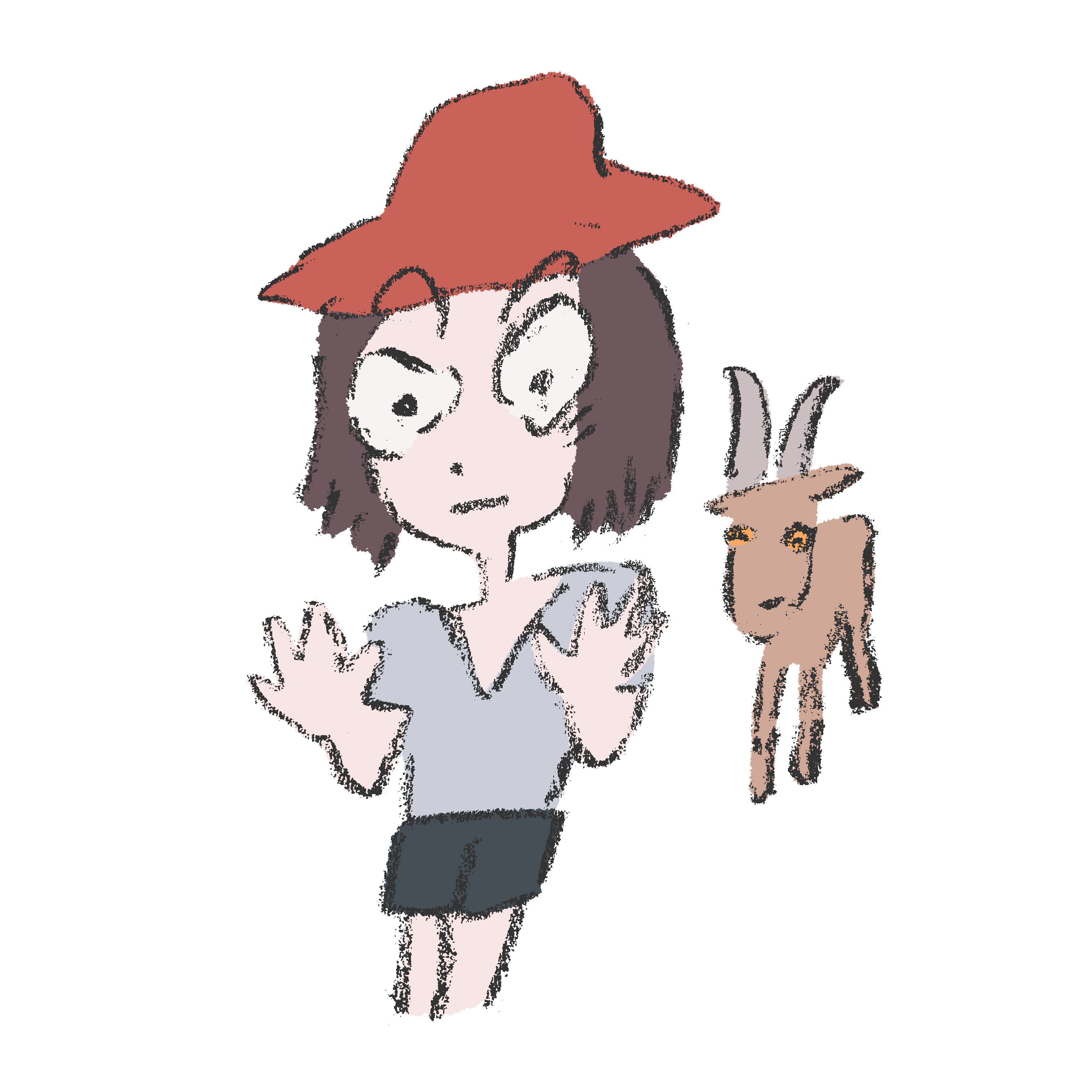 Yesterday we had only potato chips and water for dinner. I woke up and transferred water from the large plastic bottle which I bought at the gas station yesterday into small bottles. Checked out of the motel.

I asked the man who bring a coffee in front of the motel. I and Mai walked to the store he told me. It was another gas station than yesterday one. That Stewart’s Shop didn’t yet ready to serve soup, sandwiches or so on. That’s why my today’s breakfast was also only potato salad. But it tasted sour and delicious than I expected.

Catskill Animal Sanctuary was really huge space. They keep enough space for each of the animals. The road where visitors walk and the comfortable space for animal are separated with the fence. Some animals have had traumas caused by humans before coming to the sanctuary. Nadia who is our reliable guide told us how to take care to whom. Sometimes we met herds of animals moving freely on the road too. In a whisper, Nadia told us “don’t make eye contact to her.” I could not imagine how situation such a beautiful goat had been into. But Nadia explained what I didn’t expect.

Violet was born in this sanctuary and raised up in the kindness of humans, so she believes herself to be human. You know, goats want to to have fun, to go head to head with their friends. You shouldn’t see her eyes if you don’t want to get head butt. Nadia also once injured thigh by Violet deeply and taken to hospital. You guys are how close.

Such Violet’s story made us all smile. With somewhat nervousness a little. But, we have sanctuary here means that there is a terrible world out there. We also have to know about that Violet’s mother Vanna was was rescued pregnant from an illegal backyard slaughter facility. That awful experience where Vanna sad been long time made Vanna be not able to accept Violet. That’s why Violet has been raising up among humans and not known her mother and about goat well.