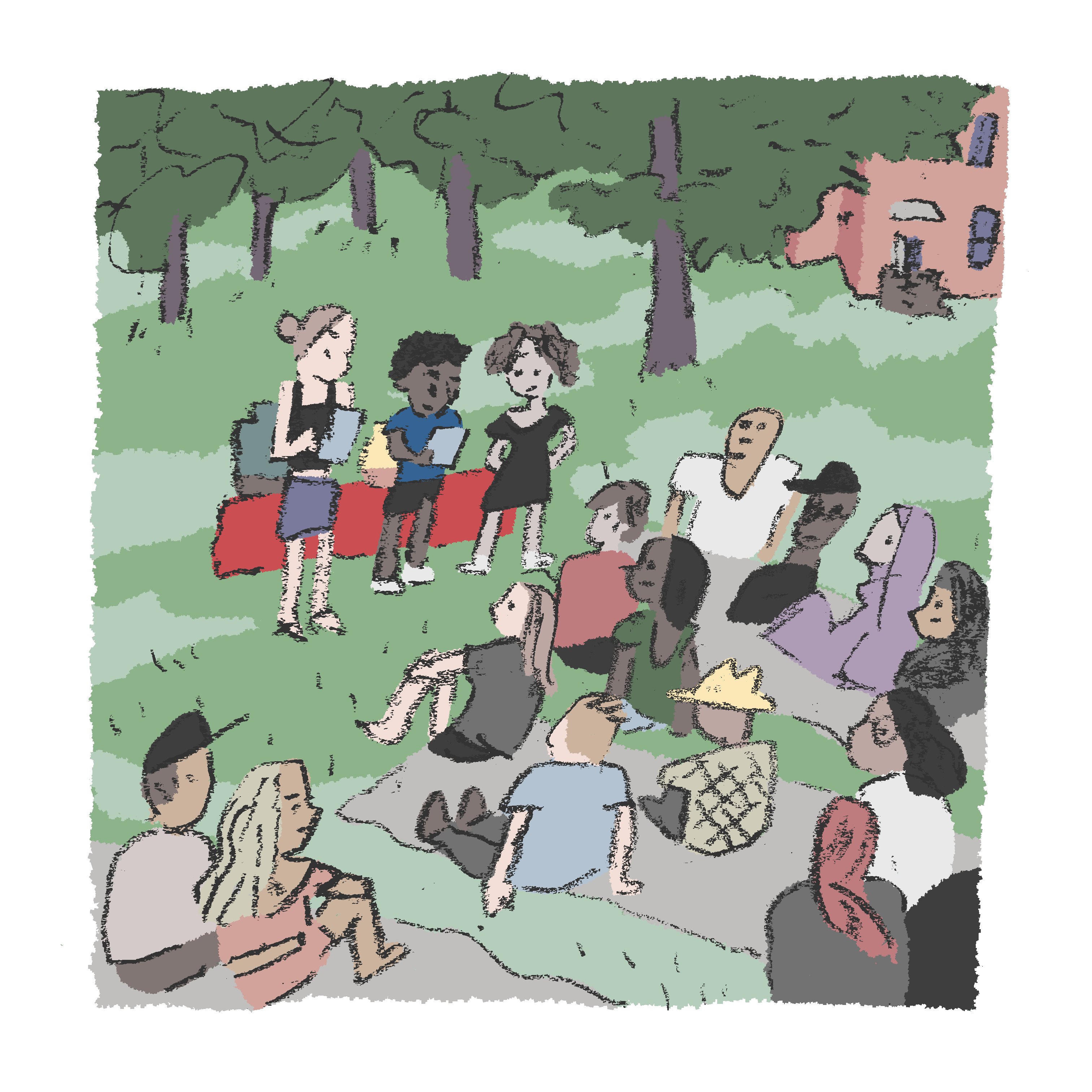 Picnic in the island, lead by Red Flower Collective.

I headed to meet Red Flower Collective at the picnic which they hold in Governors Island. It was really beautiful. I had many things to write on this day…

We sat on the picnic plaid placed on the lawn. I really loved Bandung which I drunk first time at that time. It was light-pink and contained in pineapple shaped tank. So beautiful and deliciouce. We’ve moved huge picnic plaid together because of the condition of sunlight. After a while, the host appeared and the event began.

Tsohil pointed at one house and told us feel free to enter their kitchen. I guess as they wanted to do picnic in the same way how they have held events at homes in the past in. In Governors Island, there are so many residences for use art. Almost make use them as just an exhibit space. Any residence has no gas and water because people believe that no need them for art. But Red Flower Collective served extremely creative food and drink. I’m attaching the list the end of this diary.

Too a lot to write, for now, I’ve written only until welcome drinks only. So I’ll continue next time the rest of.

This menu is a study of a kitchen extended, a reach beyond the heat of the stove towards a selection of ingredients that can undergo transformations outside of fire. A culmination of the lab, studio, and kitchen, it represents a desire for time, weather and laboratorial speculation to influence the processes of food preparation.

Open kitchen is an elaboration on what it means to cook without essential components and an invitation to sense patient, microbial labors and breakdown. It favors the experiment, the failure, and invites you to witness the result of microscopic and solar changed, unfolding through aging, picking, fermenting, folding, assembling, and curing.